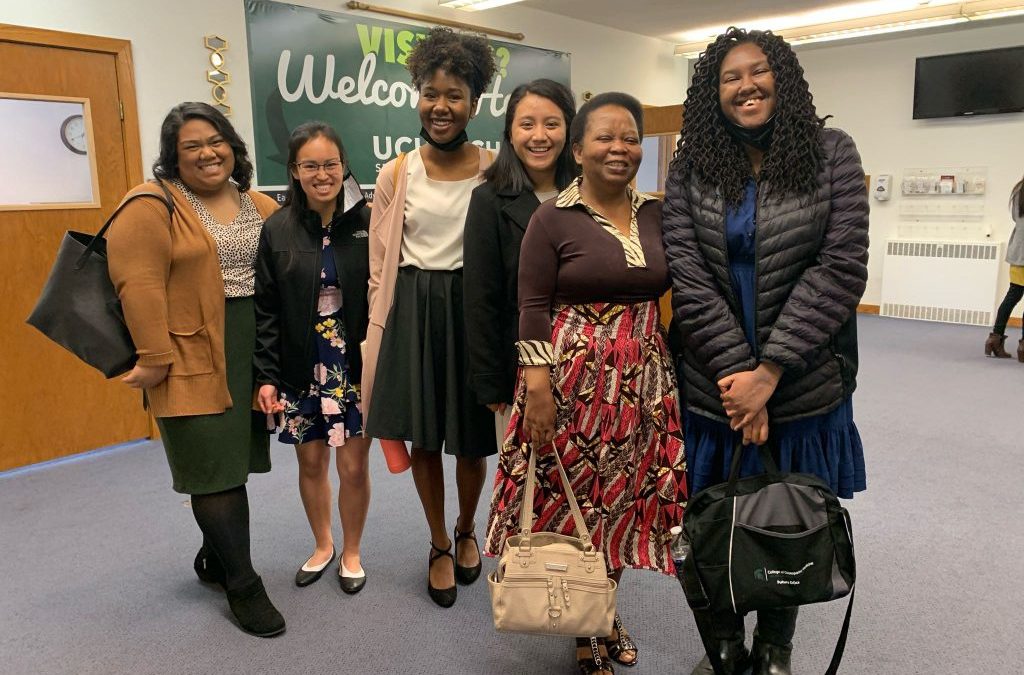 You might be tossing around that ‘term’ in your head and thinking “Hm, I haven’t heard of that in a while.” In fact, you may not have seen a young adult in your church before the Divine Service since the last time the sweet ladies at church served breakfast. We are known for skipping. You don’t have to rub it in, we’re guilty. And yes, I have lived up to your low expectation. I was a delinquent Sabbath Schooler.

Since entering young adulthood, Sabbath School has never held much intrigue. I felt that most churches did not see its purpose and invested little to nothing in it, and frankly, neither did I. Going away to college, I quickly fell into the habit of being a regular Sabbath School absentee.

As the pandemic broke last spring and everyone was booted out of normalcy, like most other extroverted people in the world, I realized what a great loss this was to community and started searching for long-lost means for creating it. God came through in a most unexpected way. A well-meaning but annoying friend (annoying, that is, because she knew I was not a Sabbath School fan) was convinced that she and I must start a Zoom Sabbath School class. I was not in the least interested.

After reluctantly and barely participating for a couple of weeks, I was dragged further into what I meant to be a theoretical discussion on how to advance the potential of this Zoom class. That discussion quickly changed into a practical and joint execution. My friend and I started brainstorming about the fundamental elements and goals for a Sabbath School, considering resources that could actively plug the growing number of participants into the Word, and ways to build a space for Christ-centered friendship. If we were going to invest in this class, make people wake up and be present early on a Sabbath morning, it must be worthwhile. We wanted a Bible study that could keep us all on the same page, yet something with ample space to dive directly and actively into the Word. The topics needed to be straightforwardly relevant to our currently off-kilter lives. The newly minted General Conference InVerse Bible lessons were the perfect fit.

From March through the entire summer, there was a consistent, large, and geographically diverse Sabbath School group made of Adventist and non-Adventist students and young professionals alike. Being a part of this class I began to see the potential of what a young adult Sabbath School community, digging into the Word could produce. Organically, a vibrant Bible-centered community was birthed and each person was fully engaged and practically challenged.

Fast forward to August. The first weekend I arrived at CAMPUS in East Lansing, I attended my final Zoom young adult class. I had not realized how much my heart had been changed to love and value Sabbath School, and now found myself eager to engage in the Sabbath School in this new community. To my surprise, however, I found that the University Church did not currently have a young adult class. It did not take long for one of the CAMPUS fellows, Grady Yonas, and I to put our heads together, pray, and seek the steps necessary to start a safe, in-person young adult class.

Throughout the last eight months, the young adult class has been running, mostly in-person, but for phases of time on Zoom during holidays and lockdowns. There have been lulls and highs, but overall the class has experienced more consistency than I could have expected. There are non-Adventist young adults who come and participate— some who only come to church for Sabbath School and have only stepped into the Divine Service twice. In fact, the commitment has been the highest among those without an Adventist background.

The fundamental goals for this class have been similar to but further built upon what was done over Zoom. Our goals have been to maintain a discussion-based Bible study in which each person is engaged. Engagement is not based on whether a person has previously studied the Sabbath School lesson or not, but a study in which we together learn practical hermeneutical approaches to the Bible and walk away with not only theoretical but applicable lessons. In addition to Bible study, it has been our goal to see those who study together grow closer as a spiritual community that goes outside of the Sabbath School hour. Though every goal has not been reached perfectly, as leaders, we constantly and prayerfully reevaluate to further grow.

Personally, being a facilitator for this Sabbath School class has challenged my spiritual commitment and deepened my passion for studying the Word within community— not relying on someone’s pre-chewed exposition of the Word but digging into it, learning directly from the text and discovering together.  By the kindness of God, He has taken me from being a dispassionate Sabbath schooler and has made me useful in a most unlikely area of His work.