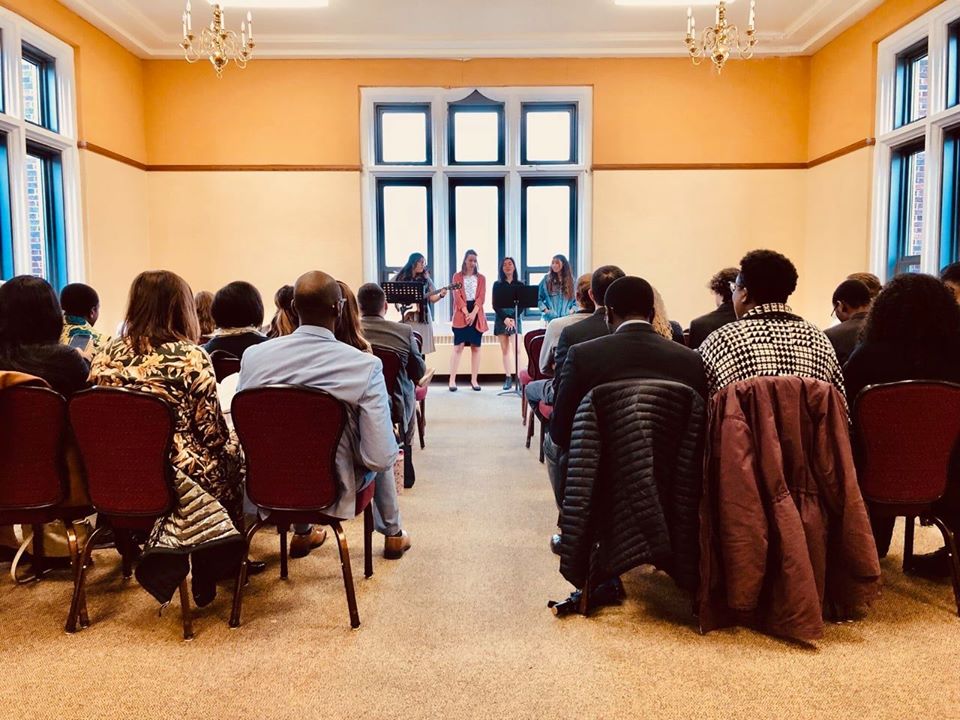 The President’s Council had been planning diligently for the Spring Collegiate Sabbath to be held at Wayne State University (WSU). The day was to be monumental since WSU has not had a campus ministry in about ten years. A young man by the name of Dickson Mogaka answered the call and began to initiate the paperwork process. The paperwork was given to the university just before Christmas break, but by the retreat he still had not heard anything. He follow-up by visiting the office, making phone calls, and sending emails. But he never received a response. The secretary responded in a phone call that it usually takes two weeks, but it had been almost two months since the paperwork was submitted. The President’s Council began to pray for God to open the door.

In a conversation with one of our staff, he shared all his efforts in starting the ministry. He planned to go to the office again that day, so they prayed for God to open the door. When he arrived at the office, the director was there and explained there was a typo in the constitution. Once this was fixed, the Adventist student organization application would be approved. Dickson shared the good news later with the President’s Council, and they ended their meeting with a prayer of thanksgiving.

Due to the spread of the covid-19 the campus of WSU was closed the first week in March. The President’s Council had an emergency conference call with the CAMPUS Director, Israel Ramos, to discuss our options. At the time of the call, the virus had not spread significantly in Michigan. The students desired to move forward and considered holding it at a local church instead. However, their care for the elderly members moved them to postpone the collegiate Sabbath. As staff, we were encouraged to hear their desire to be faithful, but not at the expense of being a carrier and getting someone sick.

Our ministry on the physical campuses have been suspended, but we continue to study the Bible with the student leaders via an online platform and plan to launch a new series “Why am I a Seventh-day Adventist? Prayers are needed for these projects and for our students. Many of our student leaders are uncertain of their future. Some lost needed employment to pay for summer classes. Pray specifically for God’s leading in these faith-building moments for our students.